The Timios Trust was formed in 1999 in memory of Timothy Skipp, the elder son of Drs David and Helen Skipp of Horsham. While in Australia, Tim died tragically in a road accident at the age of 23, together with three of his friends. At his funeral, his family asked for donations in place of flowers with the idea of establishing some sort of fund in his memory. The response was astounding; the out-pouring of love through the donations confirmed to the family how well-loved Tim was to everyone who had met him. With these things in mind the Timios Trust was created. The name Timios is derived from the Greek for "highly honoured." A committed Christian with a love of travel and of service to others, the Trust aims to follow his example by supporting those who wish to engage in Christian service. 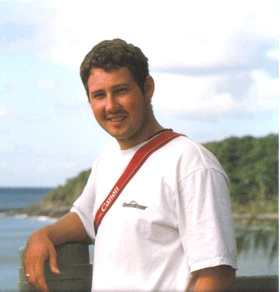 Who does the Trust support?

The Trust considers applicants from individuals aged 18 and over. They may be working as part of a team or by themselves but always under the supervision of an organisation. The Trust does not supervise or organise projects - it provides a financial travel bursary for those accepted with other organisations. Applicants must therefore have a confirmed place on and a plan of their chosen project, confirmed by their supervising organisation. Examples of people who have received bursaries include nurses, teachers, students on electives and gap years, doctors and builders. There are people overseas at the moment on year-long projects in several countries.